ClimeFish in time capsule to be opened in 2030 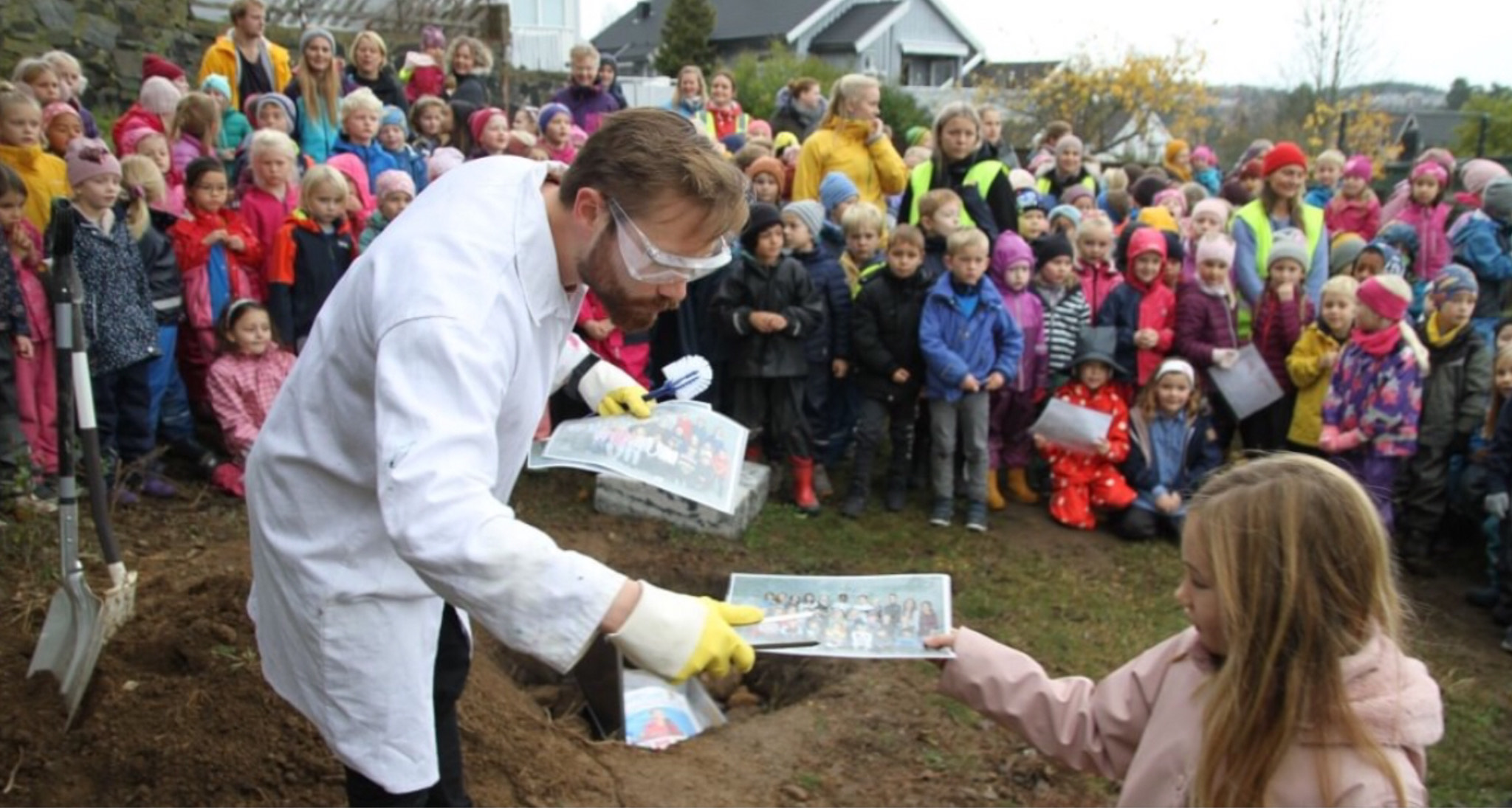 The "professor" receives objects from pupils that shall go into the time capsule. Photo: Norstrand

Pupils at a primary school in Oslo buried the ClimeFish leaflet in their time capsule – to be opened in 2030.

If you haven’t heard of a time capsule before, don’t worry. The Cambridge Dictionary defines a time capsule as: “a container that is filled with objects considered to be typical of the present period in history and then buried, so that it can be dug up and studied much later.”

At Munkerud primary school in Oslo, a time capsule was part of a project led by the school’s climate educator, Peter Walther Tindberg. 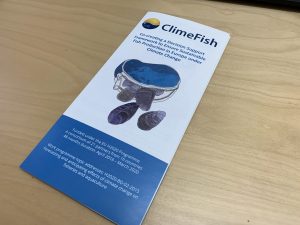 This is what the leaflet looks like. Photo: ClimeFish

In addition to the ClimeFish leaflet, the pupils placed other objects, such as school photos and newspapers, in the capsule. 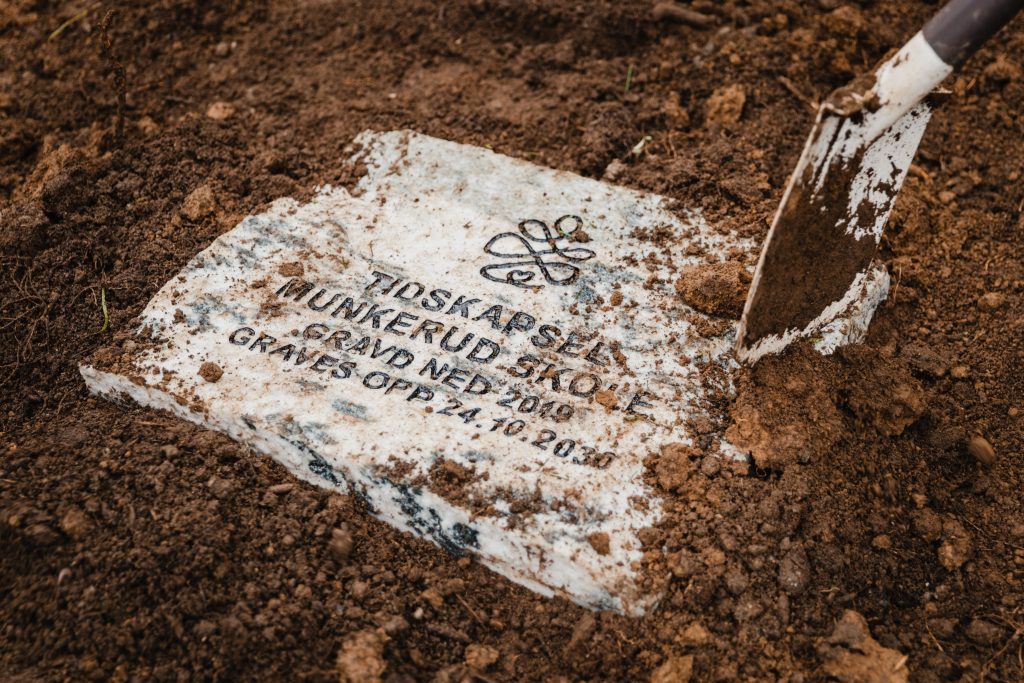