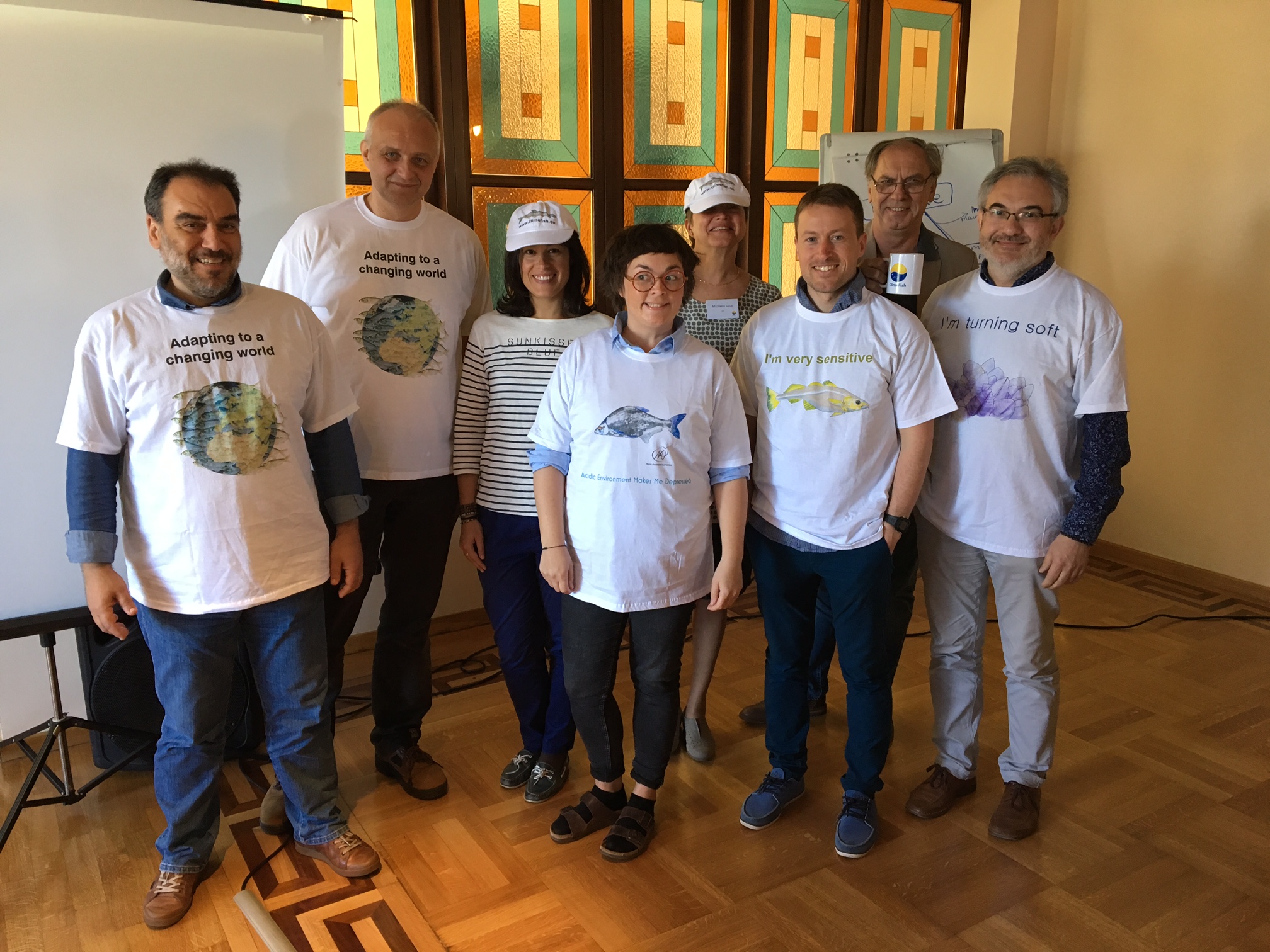 Members of ClimeFish that had made major achievements during the first year of ClimeFish were awarded with prizes during The Annual ClimeFish Dissemination Awards at the Annual Meeting.

Congratulations to the lucky winners:

Jan Kubečka: Rewarded “the Media Man” for Publishing most News in the media

Alan Baudron: Rewarded “the Slogan Master” for making the slogan that we use on our website front page

Courtney Hough: Rewarded “the Miss Undercover” for attending most conferences this year

Marie-Anne Blanchet: Rewarded “the Best Actress” for starring in our first youtube video

Mario Acquarone: Rewarded “the Lawyer, For writing several articles for the web including paragraphs

Hanne Risan Johnsen: Rewarded “the Puppet Master” for controlling everything that we do in the project