ClimeFish on the agenda when Finnish school visited UiT 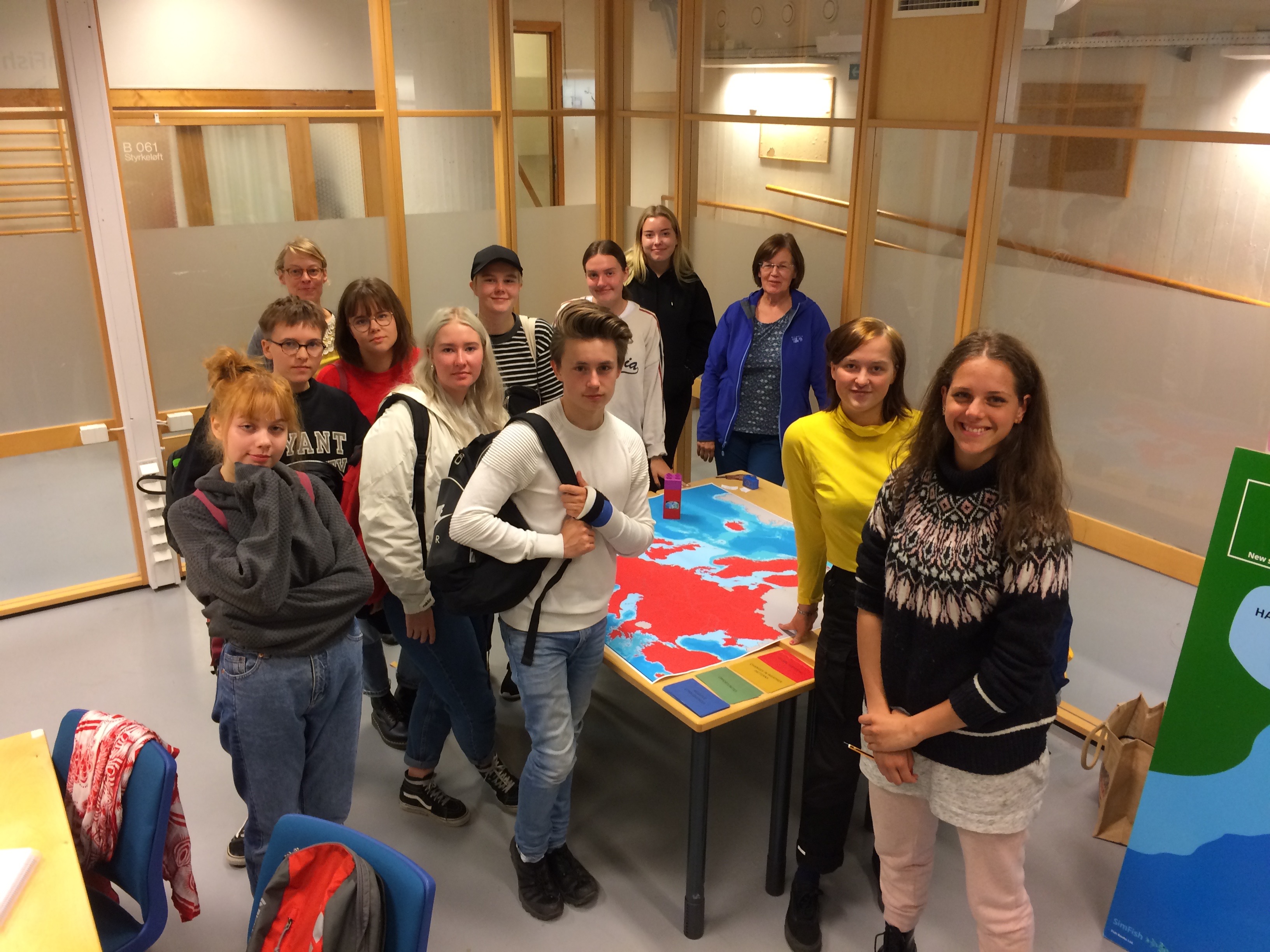 Last week, a group of pupils from Alpilla Upper Secondary School in Helsinki visited Tromsø and the Arctic University.

During the time spent at the Fisheries Department, the 16-18-year olds learnt about and discussed several topics, including fisheries, aquaculture and ClimeFish. They were active and engaged, and showed interest in the various topics. Many considered studying related issues in the future.

“It was a great experiment. The students very interested in the interplay between climate change and how fisheries and aquaculture industries adapt,” says Elina Halttunen at UiT – Norway’s Arctic University.