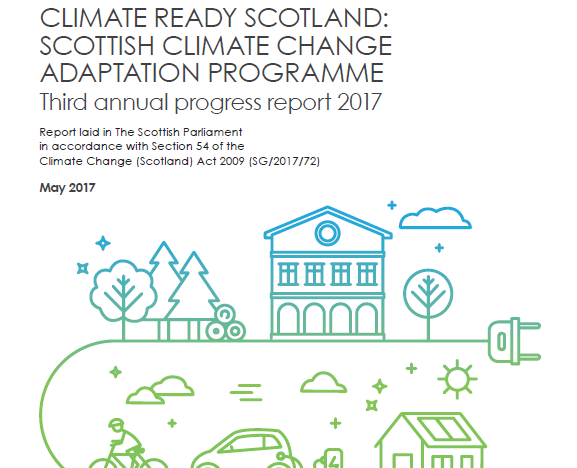 As a result of the interactions with Marine Scotland (stakeholder from case study C5F), ClimeFish was included as a case study within the Scottish Climate Change Adaptation Programme.

“This interaction proved fruitful beyond expectations and it became evident that a future pro-active collaboration between ClimeFish and Marine Scotland could benefit both parties in tackling Climate Change impacts in Scottish fisheries.”

This is a great example of the fruitful stakeholder interaction and well-functioning of the ClimeFish stakeholder hub that has successfully bridged the science-policy gap. ClimeFish was mentioned in the report thanks to the suggestions of Marine Scotland to the Scottish Government, motivated by the proactivity work performed by our partner responsible for stakeholder interactions, CETMAR, and the C5F case study leader, Alan Baudron.

You can find the project description and the West of Scotland case study input in page 24 in the report.