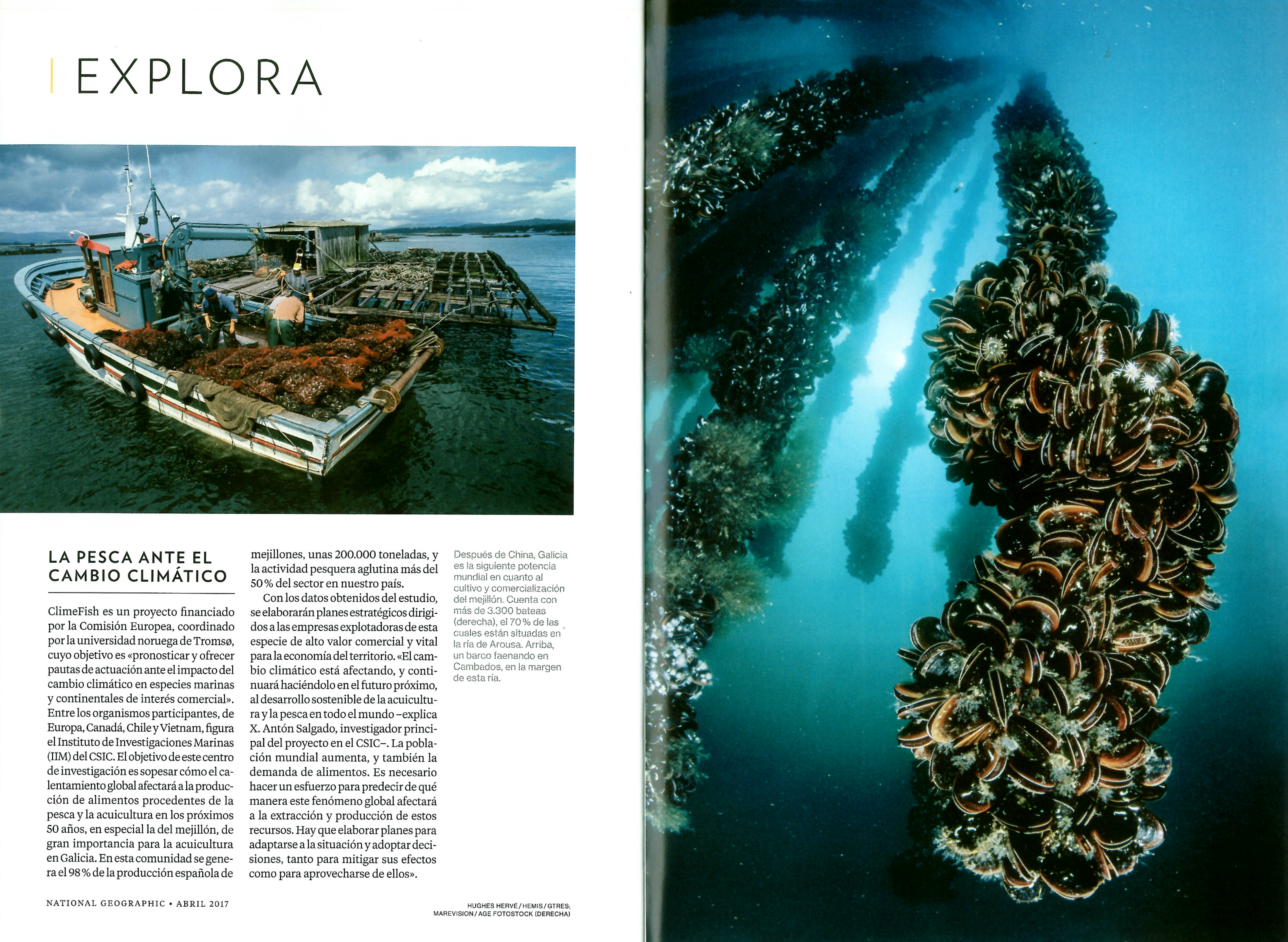 ClimeFish is featured in the April edition of National Geographic (Spanish edition). The objetives of our project are described and then the rest of the article focus on Galician mussels. In charge of this work and also interviewed in the text is Antón A. Salgado, leader of the biological forecasting (WP3) in ClimeFish and case study leader of mussels in the North West of Spain.

This is the translated text:

Fishing in the face of climate change

ClimeFish is a project funded by the European Commission and coordinated by the Norwegian University of Tromso whose aim is “to predict and provide guidelines for the impact of climate change on marine and continental species of commercial interest”. Among the participants from Europe, Canada, Chile and Vietnam, it is the Marine Research Institute (Spanish Research Council), whose objective is to assess how global warming will affect the production of food from fisheries and aquaculture in the 50 coming years, particularly the mussel, of special importance for aquaculture in Galicia. This region generates 98% of the total Spanish mussel production, with 200,000 tonnes per year, and the fishing activity brings together more than 50% of the fisheries sector in our country.

With the data obtained from the study, strategic plans will be drawn up for the companies exploiting this species of high commercial value and vital for the economy of the territory. “Climate change is a reality that is already affecting and will continue to do so in the near future for the sustainable development of aquaculture and fisheries around the world. The world population is growing and food demand is increasing, so it is necessary to make an effort to predict how this global phenomenon will affect the extraction and production of these resources to develop plans to adapt to the new situation that allow decisions both to mitigate its effects and even to take advantage of them”, explains Xosé Antón A. Salgado, principal investigator of the project at the Marine Research Institute.

Caption: After China, Galicia is the world leader of cultivation and commercialization of mussel. It has more than 3,300 mussel rafts, most of them located in the estuary of Arousa.