Fish stocks are on the move 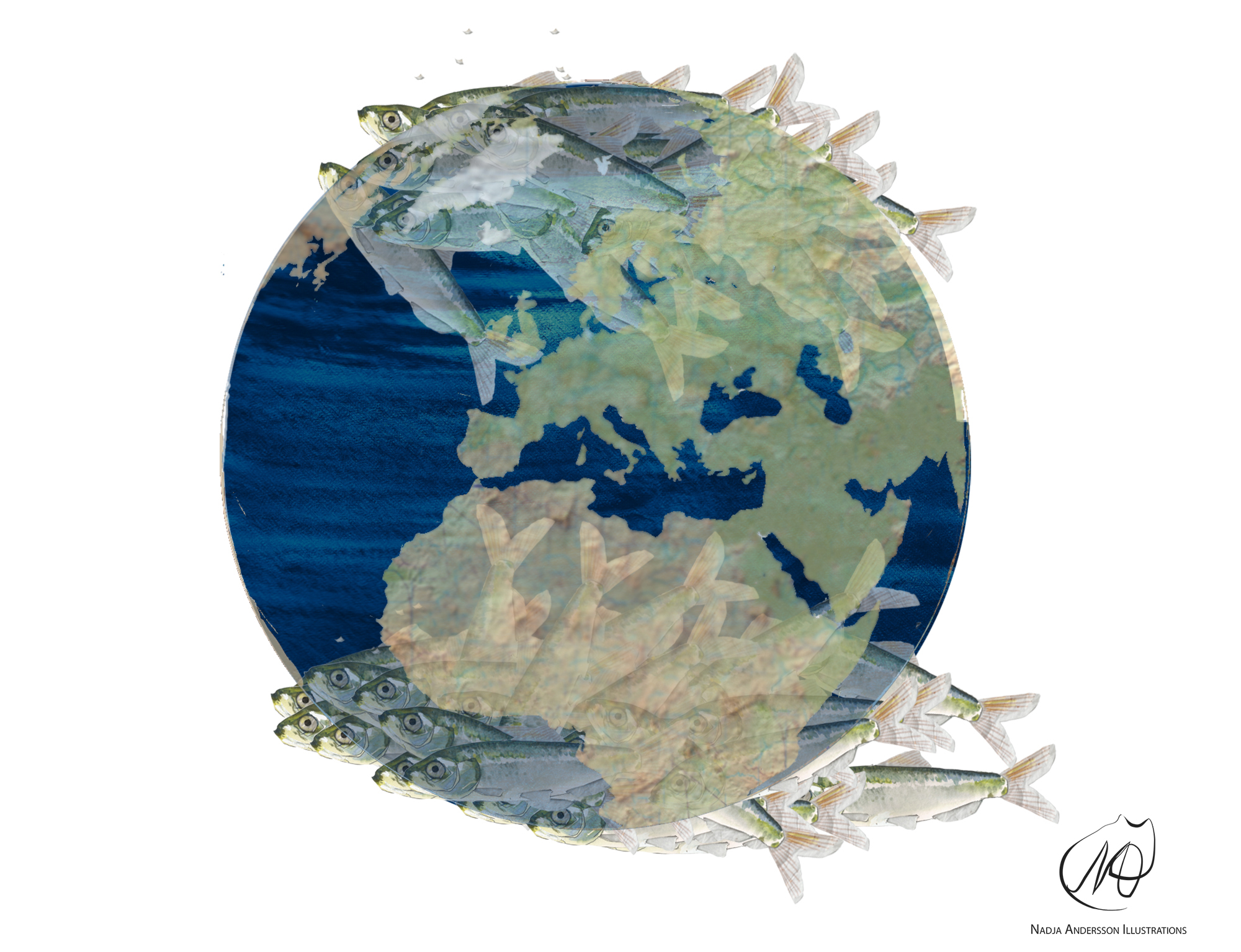 “As changes in the distribution of commercial fish becomes evident, a revision of how some quotas are allocated may be necessary if fish stocks are to be managed sustainably.”

Many European fish populations are on the move due to warming oceans and increasing numbers, according to new research from an international team of scientists led by the International Council for the Exploration of the Sea and the University of Aberdeen.

Marine fish are a diverse group of animals that play important roles in marine ecosystems but are also a major food source for marine and terrestrial mammals, most notably humans.

A new study, just published in the journal Ecography, has shown that fish populations in the Northeast Atlantic are moving northwards, and species which were once limited to southern European waters, like hake, have expanded the area they occupy, whilst species found in northern European waters, such as cod, have contracted.

Due to warming seas and less overfishing

These shifts in distribution are partly due to warming seas and partly due to the recovery of some species with reductions in overfishing. In particular, fish stocks from the south, such as anchovies, horse mackerel and sole, have moved into the North Sea, the Baltic and west of Scotland because these waters are now warmer.

Over the past decade, some fish stocks have expanded the area they occupy with the success of fisheries management under the European Common Fisheries Policy, which has led to the recovery of many fish stocks.  In particular, populations of mackerel have more than doubled in the last 15 years, whilst the amount of hake has increased fivefold in the same period.

The team, which consists of 12 researchers from around Europe and the USA, received funding from the European funded projects ClimeFish and CERES to carry out the study. This was part of a major effort to assess how fish distributions have changed over the last 30 years and saw the team assess over 19 different species from 73 commercial fish ‘stocks’.

Dr. Alan Baudron, who was at the University of Aberdeen when he led the study, explained: “Currently, the total catch for each fish stock is divided into quotas for various management areas using a fixed allocation key, known as Relative Stability.  This allocation key was based on where and what the fleets were catching over 40 years ago, in the 1970s. The changes in distributions have created a potential mismatch between these fixed allocations and the abundances of fish within management areas. In fact, five of the 19 species investigated were found to have shifted distribution across management areas: herring, plaice, hake, sole and horse mackerel.”

Dr Marie-Anne Blanchet a scientist at the Norwegian College of Fishery Science, UiT the Arctic University of Norway and one of the authors of the study said:

“Fish distribution changes have implications for fisheries management, with both economic and political repercussions. Notorious examples include the so-called ‘mackerel wars’ where political tensions between the EU, Norway, Iceland and the Faroe Islands, were created by the expansion of mackerel into Icelandic and Faroese waters.  Or the more recent increase in hake in the North Sea which resulted in extensive discarding by the UK fleet: fishermen simply do not have sufficient hake quota and cannot avoid catching the massive amounts that are now present.”

Dr Blanchet added: “As changes in the distribution of commercial fish becomes evident, a revision of how some quotas are allocated may be necessary if fish stocks are to be managed sustainably.”