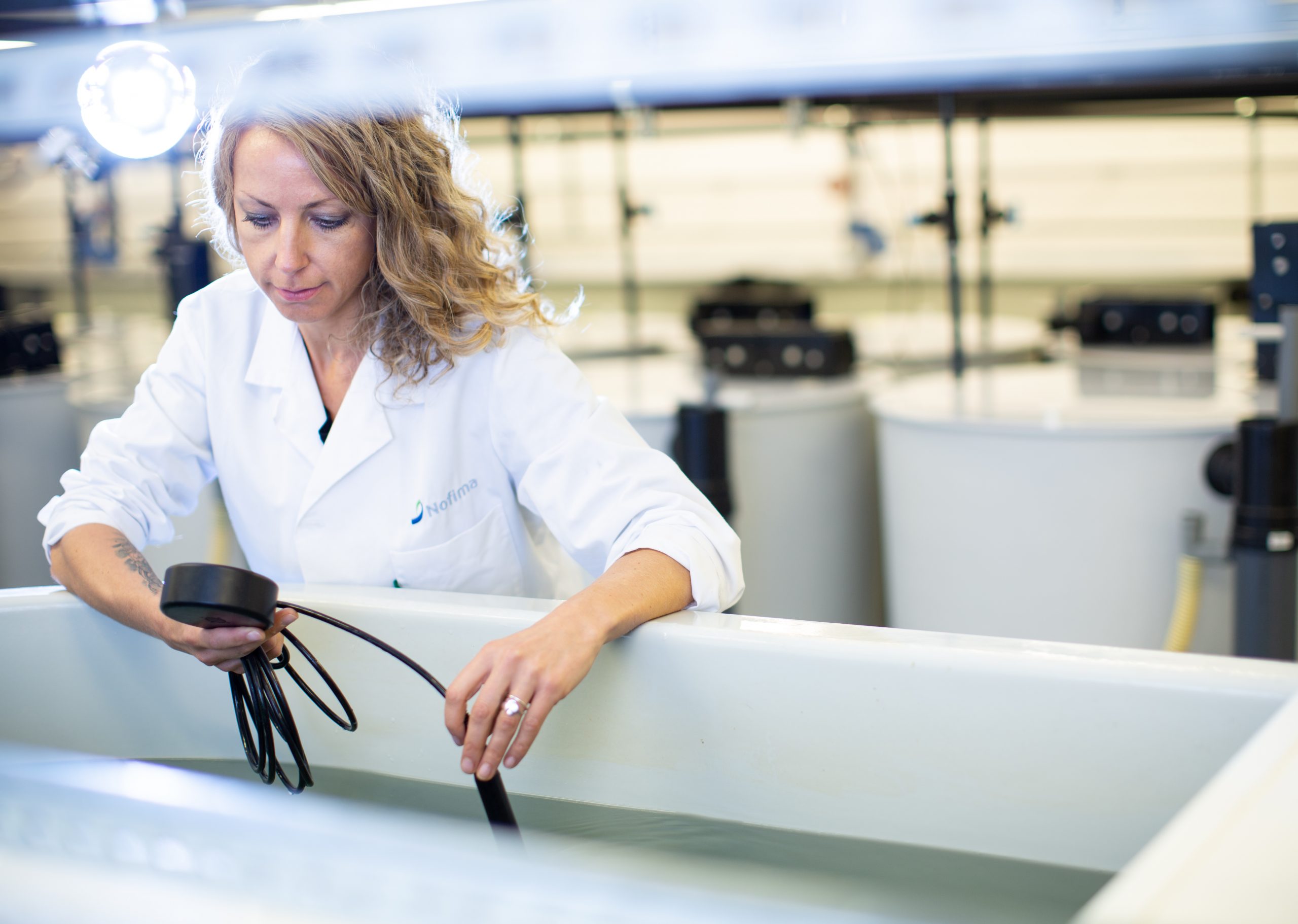 ClimeFish researchers have evaluated how climate change could affect Norwegian salmon farming over the next 50 years. Here is what they found.

Ocean temperatures off the Norwegian coast have increased by 1°C on average since the 1980s. Over the next decades, temperatures will continue to rise due to human-induced climate change.

This is bad news for farmed salmon, which is vulnerable to temperature increases.

Can cause problems for salmon

Salmon farming takes place along the whole coast of Norway and the country is divided into 13 production regions.

Nofima scientist Elisabeth Ytteborg and colleagues have analysed how the temperature scenarios will affect salmon farming in all 13 regions from today until 2070.

“Even under the mildest scenario we see that rising ocean temperatures may pose a challenge for salmon”, she says.

The research has been conducted by researchers from Nofima and the University of Stirling as part of the EU-funded ClimeFish project. The results were recently published in the scientific journal Aquaculture.

Salmon have biological and environmental criteria that must be fulfilled to make farming possible.

Few areas in the world meet the environmental criteria for sea-based salmon farming. Rising sea temperatures in the future may limit production at Norwegian fish farms.

Temperatures will vary significantly across the country, and the fish’s tolerance can also vary. Previous research states that salmon die at 23°C, but recently there was a case where production fish died at 20°C.

“This means that the biology is more complex than we’ve assumed. We must include other factors than just temperature when assessing the biological impact of climate change,” she says.

The aquaculture industry should develop new strategies to adapt to these scenarios.

“New technologies, breeding for improved temperature tolerance and alternative farming locations are some of the solutions that could help maintain healthy fish”, she says.

However, possible measures will require more information and knowledge.

“When it comes to determining which measures we should implement, we still don’t know enough about how the farmed salmon will react to higher temperatures, increased ocean acidification, and reduced oxygen. Our research has revealed major knowledge gaps in terms of both available datasets and the biology of salmon”, she says.