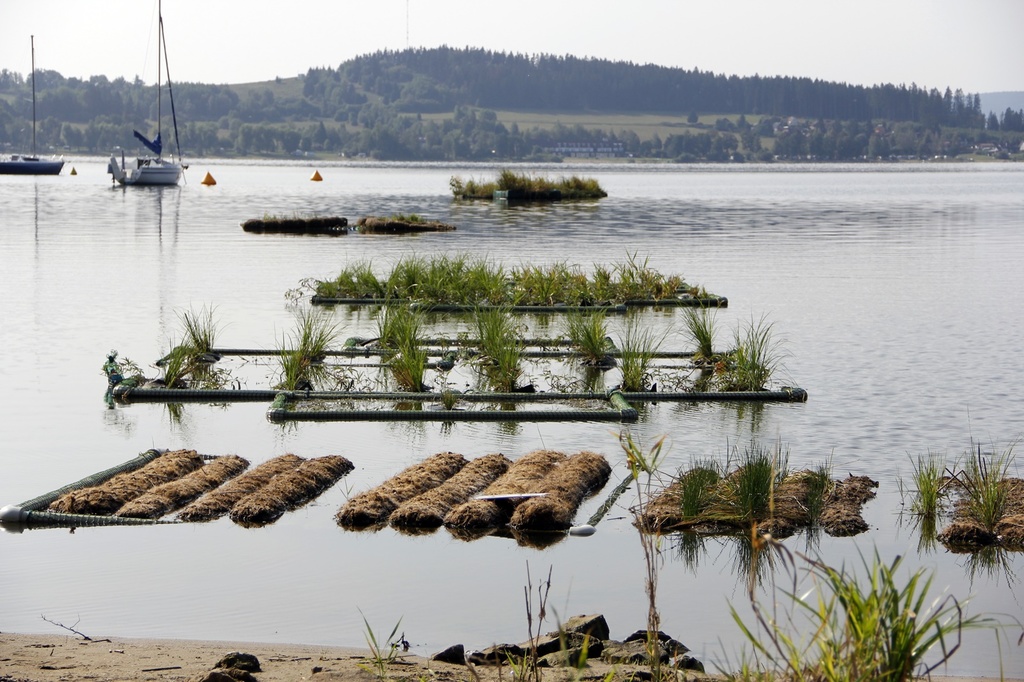 From The Biology Centre of the Czech Academy of Sciences, Institute of Hydrobiology, 58th Annual Report

Since the Czech Republic has few small natural lakes, Czechs have had to build other lakes themselves. The country now has tens of thousands of arti­ficially built lakes – mainly fishponds, reser­voirs and flooded former mines. These water­bodies greatly supplement the natural lakes in our landscape. And the fact that these are practically the only lakes we have, explains why many people approach them like lakes and welcome the idea of defining and main­taining their ecological potential.

Defining good ecological potential of ar­tificially built lakes is not a trivial task at all. All of them were built in a landscape heav­ily influenced by human activities, are rela­tively young and do not have undisturbed reference states. Ecological potential, the primary purpose of the reservoirs, cannot be judged as a stressor even if it often acts as an ecological stressor (power generation, wa­ter supply, flood protection and so on). Also the relative catchments of the reservoirs, where all the anthropogenic influences sum, and the intensity of human activities are usually larger than for the lakes of sim­ilar size. So the pressure on the reservoir systems is high and preserving good eco­logical potential here is a demanding task.

Fish are often used as easily under­stood indicators of ecological state. In 2017, two pa­pers showed that ecological potential of fish in reservoirs can be assessed by simi­lar indices as in lakes (Poikane et al., 2017, Blabolil et al, 2017). Deep glacial lakes in all surrounding countries contain usually some kind of whitefish (Coregonus). This genus is a real sentinel of oligo to meso­trophic conditions with reasonable ecolog­ical state. It is also a dominant and very ef­ficient food web player of open water and is often an important commercial fish. As a coldwater fish they are one of the few who are able bring fish life to deeper lay­ers below the epilimnion, and use their pro­ductivity. In Czechia, two species, Corego­nus laveretus maraena and C. Peled were extensively produced by aquaculture and were introduced into all lowland reservoirs. In some of the reservoirs (reported from: Lipno, Orlík, Římov, Švihov, Žlutice) they established self-reproducing populations and reached high densities (for example in 2003 in the Lipno Reservoir whitefish rep­resented some 15% of pelagic fish biomass). Growth data analysed by the University in Tromso (Norway) showed near optimal growth conditions in Czech waters and there was a hope that the reservoirs could develop coldwater fish communities like lakes. Unfortunately, de­spite good growth, all investigated popu­lations of whitefish (Lipno, Římov, Žlutice) died out completely. Direct causes of ex­tinction were never directly elucidated but the sad story of whitefish populations clear­ly shows that the conditions in Czech reser­voirs are substantially worse than in neigh­bouring lakes.

However, whitefish is not yet out of play in Czechia. A few years ago, with the sup­port of lake managers, whitefish was introduced into deep lakes created by the flooding of former opencast mines. So far whitefish have established in both lakes, re­produce every year and occupy a very impor­tant space of pelagic planktivore, illustrating that the survival of these fish in our condi­tions is possible.

As we try to save whitefish where pos­sible to get closer to a natural state, more changes happen in our waters. Cyprinid dominated fish communities were shown to be very stable in a number of studies. Their abundant presence was selected as the main fish indicator of degraded ecological state or potential (Poikane et al, 2017). In Czech conditions, where predatory fish are intensively angled, the populations of preda­tors so far have not been able to control the spread of cyprinids and their overpopulat­ing. Such state was valid for many decades but it may be changing. With the increase of spring temperatures, the conditions im­proved for the apex predator of European waters – wels catfish (Silurus glanis). Previ­ously it was practically fully dependent on artificial stocking, while in the last decade it started to reproduce regularly in Czech res­ervoirs. The densities of this species became higher and the superdominance of cyprinids and populations of other predators seems to be under pressure. The situation is compli­cated by the fact that wels is underestimat­ed by most ichthyological methods and the information on its biology is not sufficient. Recent paper of Vejřík et al, 2017 and sub­sequent telemetry work show its enormous generalism and adaptability in life strategies which predetermines its high ecological role in future.

Some desired species are vanishing while some new important players are emerging. These two examples show how difficult it is to define and maintain ecological poten­tial of artificial and heavily modified water bodies in the changing word. The only one way to do it right is through thorough un­derstanding of functioning of individual key elements of the food webs. However labori­ous it is to discover the secrets of the cryptic underwater world, the mysteries under the surface will never stop attracting the curi­osity of people who love the water. This ex­citing process of discoveries and their appli­cations is a future promise, that we should be able create very interesting ecosystems even in artificial and heavily modified water bodies in man-made landscapes.